The magic spell of the Sea of Cortez

The sea flirts with you and will try to keep you at this fantastic part of the world, and as Jaques Cousteau once called Mexico’s Sea of Cortez’ the world’s aquarium, you will be amazed at the marine life surrounding you. We were lucky enough to visit some of the fantastic beaches between La Paz and Cabo San Lucas.

“…Let us go,” we said, “into the Sea of Cortez, realizing that we become forever a part of it; that our rubber boots slogging through a flat of eel-grass, that the rocks we turn over in a tide pool, make us truly and permanently a factor in the ecology of the region. We shall take something away from it, but we shall leave something too.” And if we seem a small factor in a huge pattern, nevertheless it is of relative importance. We take a tiny colony of soft corals from a rock in a little water world. And that isn’t terribly important to the tide pool. Fifty miles away the Japanese shrimp boats are dredging with overlapping scoops, bringing up tons of shrimps, rapidly destroying the species so that it may never come back, and with the species destroying the ecological balance of the whole region. That isn’t very important in the world. And thousands of miles away the great bombs are falling and the stars are not moved thereby. None of it is important or all of it is.”

John Steinbeck, The Log from the Sea of Cortez (via wikiquote) 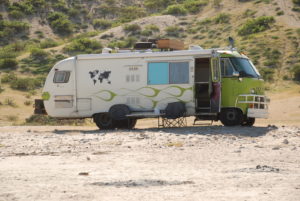 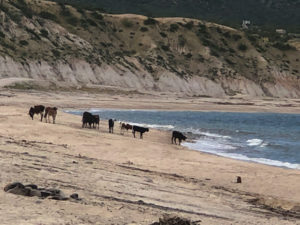 Cows at the beach

La Ventana is located south of La Paz and is a small fishing village and well known for consistent north winds that blow from November to April
and attracts Kiteboarders from all around the world. 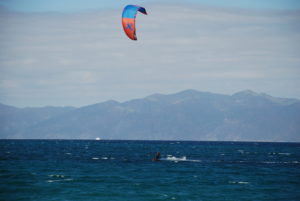 But La Ventana is also a boondocking paradise with miles and miles of sandy beaches following the coastline. 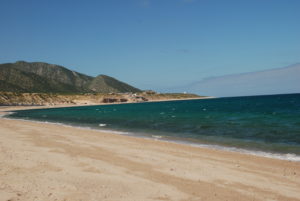 Bioluminescent planktons shimmering in the ocean at a starry night while the tide is low and a well-guarded secret is the hot springs or hot water beach where we enjoyed hot water pools you can dig up just between the reach of the high and low tide at the beach. As you walk into the water and bury your feet into the sand you can feel the warm water mixing with the ocean. People will dig and create their own natural Jacuzzi. 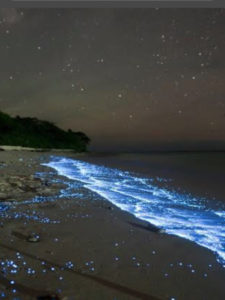 The best part was to cook under the stars on a calm night and enjoy the sounds of the ocean and the fire crackling. 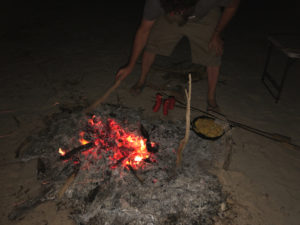 cooking under the stars

One funny story I like to share with you;
One early morning the sunrise was spectacular. I climbed up on to the rooftop and let nature show me the spectacle. The sea was calm, and I decided to get my snorkelling gear and head into the water. After a short while watching pretty fishes, I saw something shimmer on my side. My first thought was Jellyfish, but ignored my instinct and kept enjoying my snorkelling adventure. Suddenly I could feel burning in my pants like fire ants- Jellyfish! As fast as I could, I exited the water to take my pants off. But It was garbage day on the beach, and a garbage truck with a couple of workers stopped right next to our bus to empty the garbage cans. But it was break time, so none is moving. Here I am with a jellyfish in my pants and not able to strip down, So I run to the bus as fast as I could to take off my attire. There were prints of tentacles on my behind. Cliff`s first reaction was -‘ Do you want me to pee on it? NO!! Not In this Lifetime!. Thank goodness we had Apple cider vinegar, which took the burn away. Funny how an Idilic moment can turn into a pain in the A..!

One notable Sea of Cortez fan was Ray Cannon, who retired young from working on Buster Keaton films to fish. “New words are needed to describe this strangest of all great bodies of water,” he says in The Sea of Cortez, published in 1966. “It’s truly a painted ocean.”
Cabo Pulmo is the start of Bahia Pulmo a National Marine Park, spanning the distance between Cabo Pulmo and Los. Frailes on the east coast north of Cabo San Lucas. Bahia Pulmo is home to the oldest of only three coral reefs on the west coast of North America. Estimated to be 20,000 years old, it is the northernmost coral reef in the eastern Pacific. We arrived as a storm warning has been issued and were looking for a sheltered non-flooding area to wait out the storm. Cabo Pulmo’s public beach was the perfect place to hide and read some books.

The following day we explored the little town of Cabo Pulmo, which is a prime example of conservation anywhere, land or sea. In 1995 local activists and with the support of the Mexican government, this was declared a National Marine Park, and in 2005 UNESCO declared it a World Heritage site. The town is used as a base for outings to the nearby beaches and reefs for snorkelling and diving. Many tours are available, but you can also explore on your own.

Cabo Pulmo just before a storm 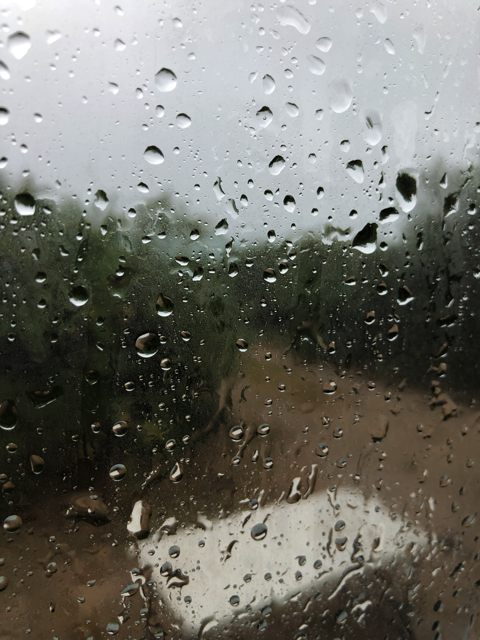 Staying put during a tropical storm

Playa Los Frailes is a pristine and unbelievable setting 5 miles south of Cabo Pulmo. The sandy beach stretches miles and miles along the coastline. The Arroyo is a perfect spot for snowbirds to set up for the winter season. Even though it has no services other than a well and minimal internet, this is a popular boondocking destination. With a fisherman camp next door and many snowbirds with boats, there are no shortages on fish to buy, and many people will share their catch with you. We arrived intending to stay for one or two nights and stayed for a week. The community of people are kind and welcoming, and the fishermen are friendly and so helpful.
The sunrise and sunsets are spectacular, and you will get your exercise walking on the beach. There are many turtles, nests, and crabs are plentiful. The ocean is calm and perfect to swim and snorkel. Let me tell you the number of schools of fishes, large and small and the colours. It is genuinely like swimming in an aquarium. In the evening you can watch the stingray flying through the air. We were a little early for the whales, but we were told the whales are spectacular as well.

Walking at the beach 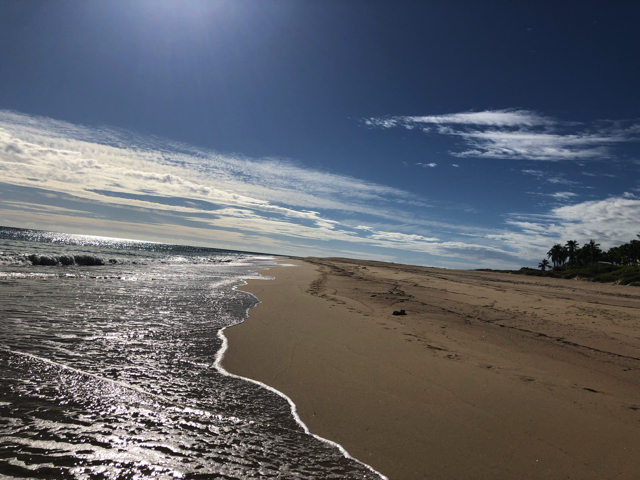 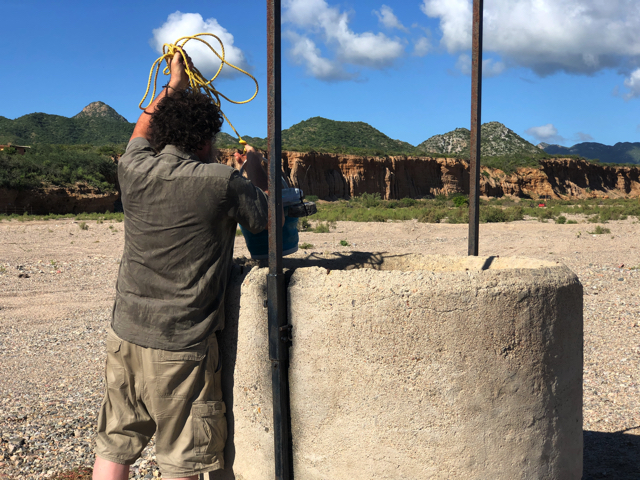 Cliff pulling water from the well

This place is so spectacular that National Geographic tours bring their clients to shore to explore the area. 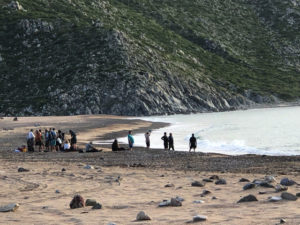 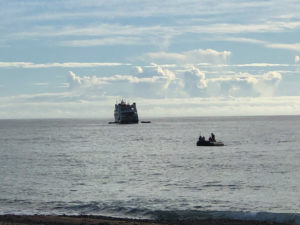 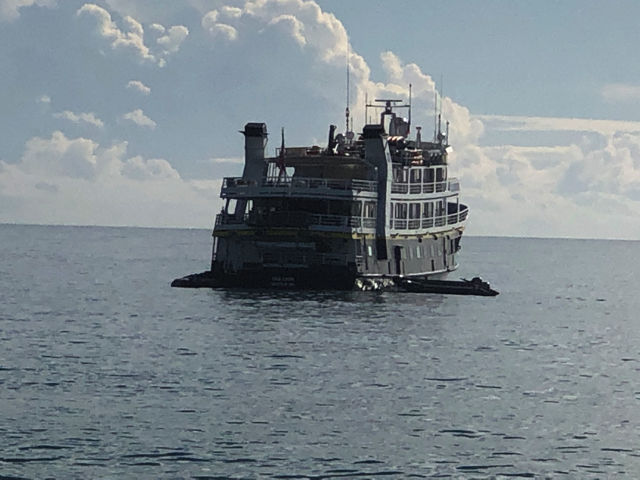 Embarking tourists onto the beach

“When you’re underwater with goggles on, a couple of your senses are taken away, and it becomes this purely visual thing. It’s just you and yourself.” -Mark Foster 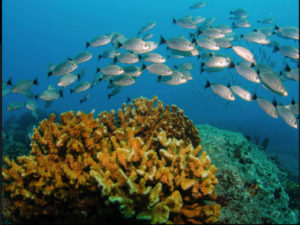 Playa Arbolito also called the Mermaid beach, is the place to snorkel as it has many coves and calm waters. And just as we mentioned at the beginning of this article. The sea flirts with you and will try to keep you amazed, and as Jaques Cousteau once called Mexico’s Sea of Cortez’ the world’s aquarium, you will be surprised at the marine life surrounding you. 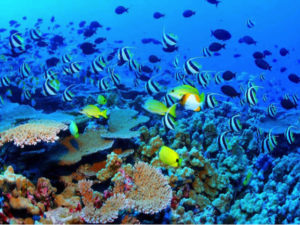 The magic spell of the Sea of Cortez did capture us and it was really hard to leave this beautiful part of the world. We do know one day we will return. 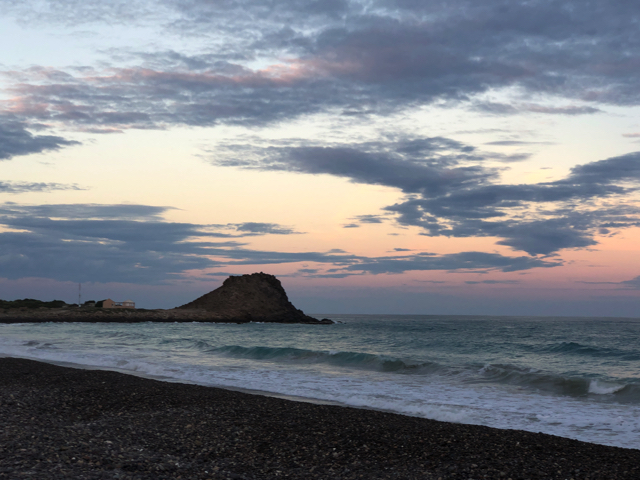 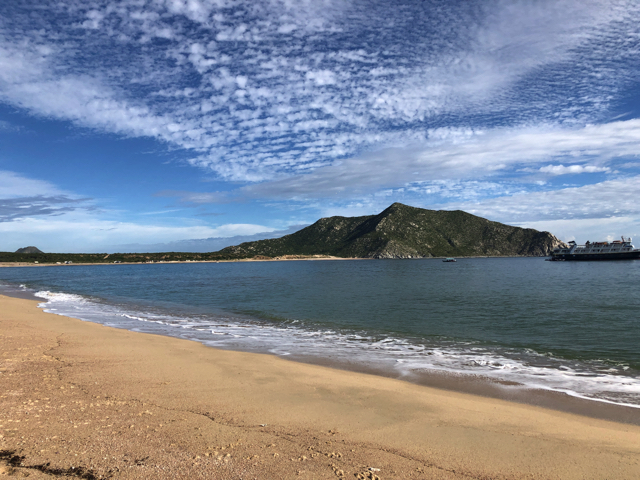 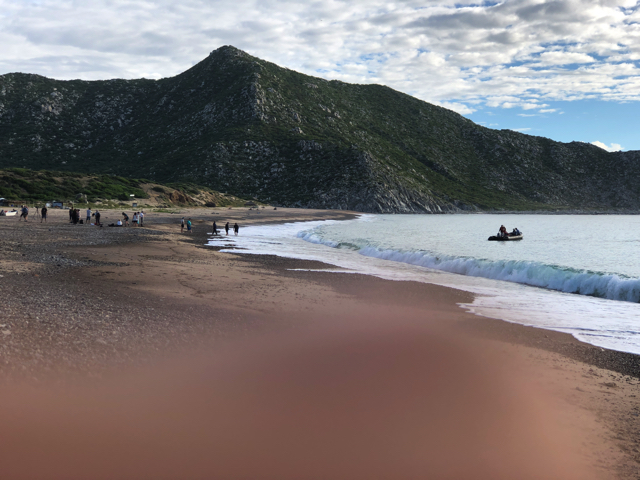