March 14, 2020
To cross the Belizean border with our furry friends, we had to start the process one week before we drove to Belize. We had to send an Import Permit application to the BAHA (Belizean Health Authority)by email and wait. While the government wheel was turning, both dogs had to go to the Vet and get a current health certificate. Rabies shot had to be a minimum of 30 days and no more than a year old. We also needed their Canadian and /or Mexican vet certificate with all their shots. ( make sure you kept track when you gave the last flee and worm meds as well). The health certificate to cross can not be older than seven days past. So make sure you schedule all your appointments with your BAHA paperwork. After about three days we follow up with BAHA and remind them about our crossing date, and just like that, we received our permit. Now we are ready to GO!

Bureaucracy defends the status quo long past the time when the quo has lost its status. 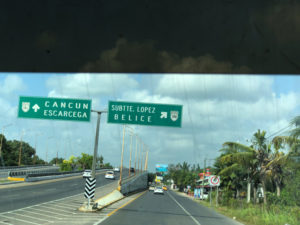 We crossed into Belize In Chetumal MX this is southeast on the Caribbean side. The border-crossing is only about 5 miles from the city. There are two exits, one for the “Chetumal free Zone” where all the Belizeans and Mexican people do their duty-free shopping. No one knows the rules who can shop here and what you can take across. The online website says: “businesses located there and can import goods duty-free…for resale”. “Retail sales are NOT allowed to Belizeans or local gringos.” It is meant to be for Mexican shoppers. But there are more Belizeans and tourists then Mexicans there. And on the Belizean border, it was pretty relaxed, and no duty charged that day. 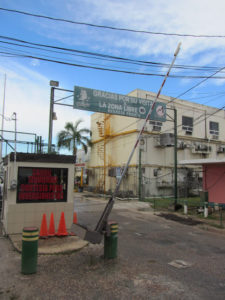 This is the wrong exit if you want to cross the border. Turn around!

We needed the following documents: Passport, Vehicle title for us Humans. Harry and Charley needed their vet papers, Health Certificates, Rabies and vaccination Certificate, Belize Import permits( make sure you printed it out once you receive it by email to speed up the process). 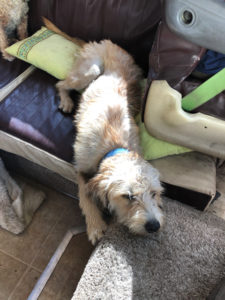 Harry is not impressed!

Exit Mexico: First, we arrived at the Mexican Immigration. It is a tiny building with a gate. They asked us for our passports, tourist visas and the receipts for our tourist visas ( if you did not keep it, they would charge you again! ). We made sure we got our exit stamp in our passport. Otherwise, it could cause a lot of headaches if we wanted to reenter in a future date. If you need to cancel your TIP ( Car import paper), you have to stop at the Banjercito to cancel your Tip and get your deposit back. We have a 10 Year TIP and did not need to cancel ours, so we were ready to proceed to the Belizean border. 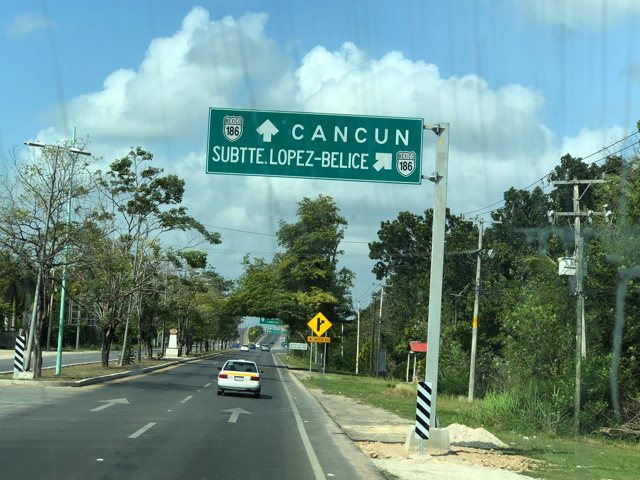 The love of one’s country is a splendid thing. But why should love stop at the border?

Fumigation:  After we left the Mexican border, we drove a couple of miles in no-mans land. On the side of the road, there was a tiny white shack and a fumigation station. It was like a carwash but more primitive. After a couple of seconds of strange chemicals being sprayed all over the LuvShk, we continued to the shack and paid $10.00BZ. Make sure you get a receipt.
Belize Immigration: We parked with the help of a person not sure if he was part of the border patrol or if he is working for a tip next to the immigration building. Once settled and paid the man a parking fee, we entered the building and waited in line at the first desk for passport control. When it was our turn we got a 30-day tourist visa stamped into our passports at no charge.
BAHA office: Next, we went to the BAHA office to start the process of importing the dogs. But we could not find the Officer. After a few minutes, one of the officers flagged him down, and he invited us into his office. The office located between the passport office and the customs desk had excellent air conditioning. The Officer asked us for all documents, permits and certificates for the dogs. We were prepared and even-handed him photocopies as well. We then paid our fee for the permit and showed him the fumigation receipt. He asked us if we are bringing any food or meat, and we said yes. He usually meant they would not allow citrus fruit and meat, but he let slide today. Then the three of us went back to the LuvShk, and the Officer inspected Charley and Harry for bugs and cuts. Both passed with flying colours. We all went back to the air-conditioned, friendly office, and he exchanged the Import permit with a Landing permit.
Belize Customs and Inspection: Now we proceeded to the last desk way in the back of the building. The customs officer asked us the usual questions and again about fruit or meat. We told her again that yes, we do have some. She then said we had to talk to BAHA about this. We told her we already did, and he was ok with it. She stamped Cliff’s passport with the vehicle permit for 30 days. All three of us went back to the LuvShk, and she did her inspection. After she was satisfied, we all returned to her desk, and she returned the documents to us. She did not charge us any fee for the vehicle permit and told us we are free to go and welcome to Belize. 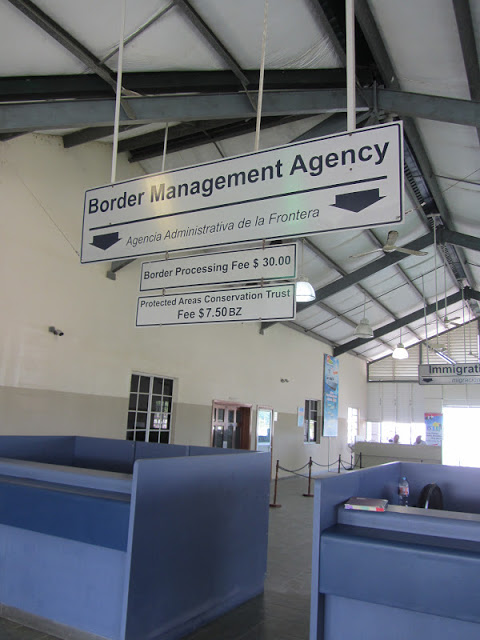 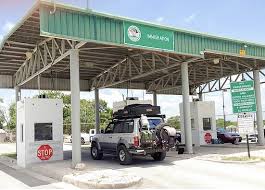 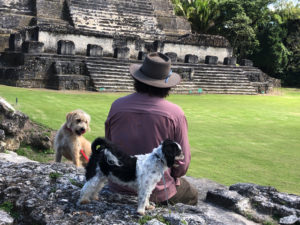 Insurance: As we left the border-crossing, a large white Belize Insurance Building arose. We parked on our own this time and entered the building. They needed the title and gave us one-month coverage. Belize foreigners only can purchase third party insurance. We are finally all set. It took us one hour and a half from start to finish, which is impressive. The Officers on both sites were very friendly and helpful.
Total Cost: Mexican Health Certificate for Charley and Harry: 600 MXN/31 USD Fumigation: 10 BZ/ 5 USD Charley and Harry Import permit 75 BZ/ 37.23 USD Insurance for The LuvShk 60 BZ/ 30 USD Total of 745 BZD/ 73.23 USD Our experience of the most relaxing Border crossing – PRICELESS! 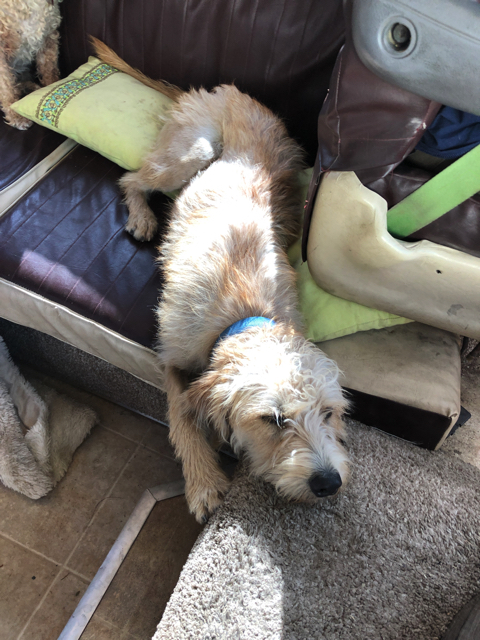 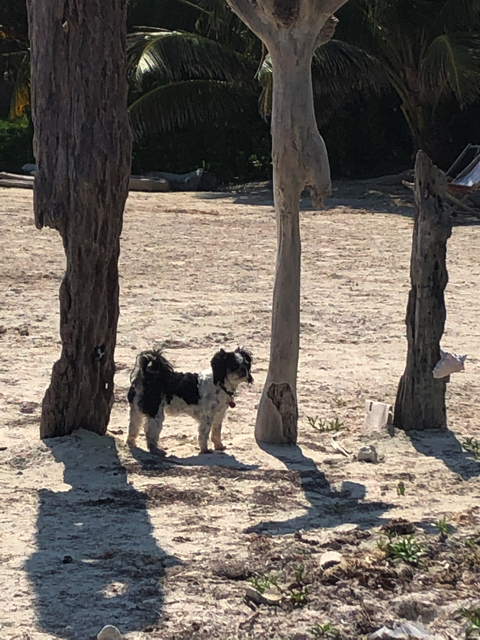