The day the world shrank Part 1

May 22, 2020
We were in Belize at the end of February and decided that I fly back to Canada for a quick visit to see our kids and grandkids.  So we booked the flight, and I jumped on the airplane on February 28th, 2020, bound home. The trip was long and very typical, with the airports being busy with travellers and only a handful of passengers wearing face masks. There were no worries about the shutdown in the Chinese city of Wuhan, and nothing indicated the abrupt halt on our travel plans a few weeks later. After arrival, I started my three weeks visit with my loved ones. Meanwhile, Cliff stayed back to watch the dogs and the LuvShk.
One day she finally grasped that unexpected things were always going to happen in life. And with that, she realized the only control she had was how she chooses to handle them. So she made the decision to survive using courage, humour and grace. She was the queen of her own life and the choice was hers. Lupytha Hermin 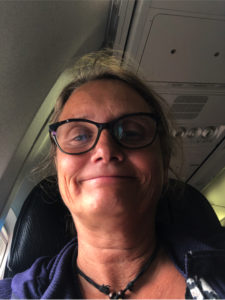 on the way to Canada 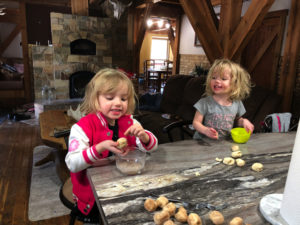 Visiting with my grandbabies in Canada 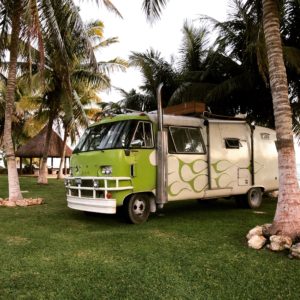 Over the next few days, the COVID 19 virus started to take over the news feeds, and social media and reports began to come that the virus arrived with a vengeance in North America and Europe. Some countries in Europe were reporting record numbers and shutting down borders. By March 14th, Guatemala, which was our next stop after my return, announced planning to close their borders to Canadians, USA and European citizens. Many countries in central and South America were shutting down as well and sealing off cities and towns. Travel restrictions on air and land are quickly a new reality in our life. Many major airlines started to cancel international flights, and the Canadian Government started to call all Canadians to return home immediately. My return flight back to Belize was booked for March 24th, but it began to appear that that flight will not be leaving by then. So here is my dilemma: I am with my family safe and sound in Canada, but Cliff is still in Belize. So what do I do? I booked a flight to Belize City to leave the next day. As I fly out for Toronto on the redeye to catch my connecting flight to Belize, things are changing by the hour, and I started to make alternative plans in case they cancel my connection. Arriving in Toronto the next morning, I got the green light to board my plane, and after 20 hours of travel in empty airports and airplanes, it was the most comfortable ride with rows for your self. I arrived back in Belize City.  Our flight was one of the last flights to arrive in Belize. We disembarked out of the vessel onto the runway, and we got ordered to line up.  Red Cross health personal walked up and down the line up to see if anyone shows any signs. I think we all felt like having a cough attack at that moment. But it was a complete silence. At the end of the line-up, there were to more health workers ready to give the COVID test in case of need. Suddenly going trough Passport control and customs seems to be an easy task, and as I entered into Belize, Cliff was waiting for me. Honestly, I could not believe I was able to return to Belize. As North America turned on its head and international borders were shutting left and right. As our prime minister Justin Trudeau announced shutting down borders and declared a state of emergency.  For some reason, I did make it back, and for that, I am so thankful. Cliff informed me that Guatemala is planning to shut its borders to international travellers at any time now, and we have to decide where to go and stay put. If we go to Guatemala, we are getting only a short tourist visa of 90 days and the TIP( Vehicle Import Deposit) for the same time. Belize is 30 days and Mexico for six months, and we have a ten-year TIP already. So we raced to the Mexican border, which we crossed the next morning. The border was quiet and hardly any problems until we said we had dogs. Suddenly we needed extra paperwork which Mexico never asked before, like an international travel Passport. We know we need that in South American, and Central American countries, and we were planning to get one further down the trip. But now we are stuck in no man`s land, and the animal inspector is giving us a hard time. But the first rule in situations like this in Mexico and Central America; stay calm and super-friendly. We asked the inspector what we can do as we do not have the dogs’ passports, and it is Sunday, and no vet is open. After a quiet moment, he threw us a lifeline and said if we were to go directly to the State of  Chiapas, it would be allowed as long we are not going to Cancun. We agreed with him, as he winked to us, and we shook hands ( I think this was the last handshake from a stranger). Then off we went to Chetumal, the Mexican Bordertown and stayed at a familiar campground full of stranded travellers. 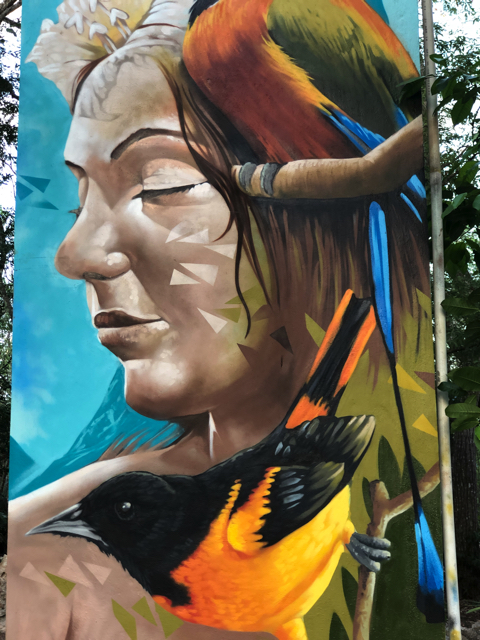 “We felt so lonely in the crowd. And now we feel so connected in isolation.” ― Hrishikesh Agnihotri
Our new plan was to drive to the State of Chiapas and Oaxaca and eventually cross into Guatemala once the borders reopen. But I wanted to see the Pink Flamingos in the State of Yucatan, and it was breeding season and the best time to visit that spectacular sight. So we drove to Valladolid, a pretty colonial city in central Yucatan and stayed overnight. The following morning we drove two hours north with no issues with the intention to camp at the beach and see those Pink flamingos. Ten miles outside the coastline, we were stopped by a military blockade and notified that the State of Yucatan just announced the closing of all beaches and small villages and we needed to turnaround immediately. We drove back two hours to Valladolid to be stopped by a health check post, which was not there two hours earlier. They asked us questions where we were and where we are going and how we are feeling, then they took our temperature. They Informed us that all tourist attractions and activities are now closed, and we should go straight to our accommodation. Valladolid suddenly changed in the last two hours. We found a better campground right downtown in the city where we decided to park and rethink our plans. Little did we know that only a day later, they sealed off the town and did not let any travellers like us enter. At the campground, there were a few rigs from Europe, the USA and Canadians. There was a discussion about where to go and if to stay. The Europeans wondered if they can still ship their rigs home or if they have to find a place to store or even abandoned it somewhere. People started to call airports and consulates to arrange flights, while others rented air B&B for long-term rentals. In the following 12 hours, the campground emptied, and we were the only ones left. We talked to Jorge, who owned the campground with his family. He promised we could stay as long as we wished. By now, hotels and campgrounds are all shut down. He said that this is his home, and we are not a tourist but his guest. We paid him $375 for the month and received electricity, hot shower, water, and somewhat of internet. We were happy with that as we are also giving Jorge and his family an income in these times. In the middle of the campground is a Cenote with a cave, and Jorge even keeps Mayan bees and produces honey products. I think we are pretty lucky to be stuck in this little oasis. We purchased a bicycle to do our shopping at the market and grocery stores. The LuvShk causes too much attention, and the military and police are increasing their presence by the day. So Cliff and I have been taking turns venture to town and finding supplies. A week later, a traveller on foot was able to sneak into the city and was looking for a place to set up camp. Tomas comes from Ecuador, little did we know that we are all together in this for a while. The Mexican president Andres Manuel Lopez Obrador has been fighting with his States to keep Mexico open. Still, many States took it in their own hands and ordered closings of towns and businesses and some even stay home orders. The implement of No sales of alcohol or tobacco, which caused widespread irrational buying and black market sales of beer at astronomical prices. As we learned later, hard liquors were spiked and poisoned people. The mass hysteria started with a bang. Next was mandatory face masks and only one family member getting essential food with limited amounts at a time. Then the curfew was next with no one out after 6:00 pm until 5:00 am. There was a steady increase of military presence with 8 to 10 guys armed in the back of a vehicle patrolling the streets. The friendly local people who we got to know a little in the last six weeks started to look at gringos as the bearer of the decease. And we did not feel as welcome as we did at the beginning. We heard reports from Central and South America were travellers were refused entry into stores and denied fuel. Some had to hideaway. And I do not blame them. We must not forget that we are in a third world country where people are poor, and social help is spare. 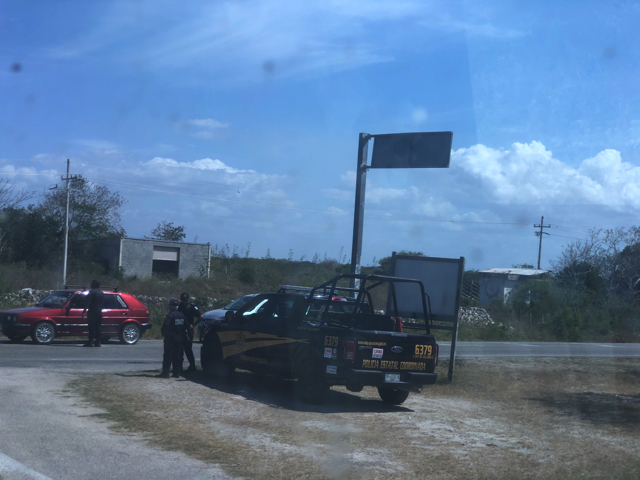 roadblock on the highway 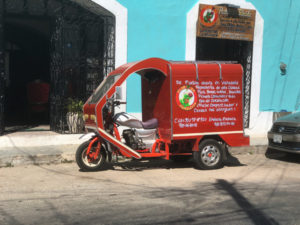 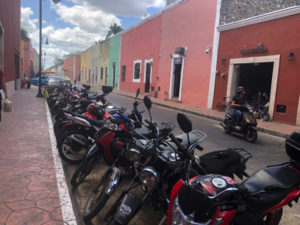 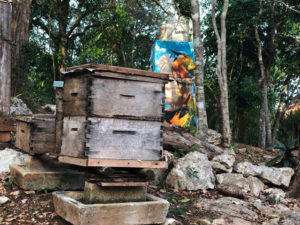 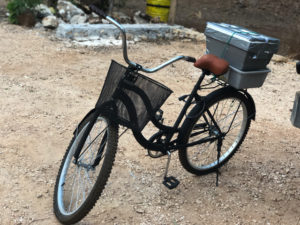 A day in our life 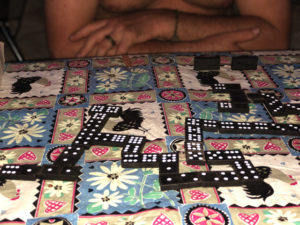 The world criticizes the Mexican people for not staying home and selling tacos at the side of the streets. The local market is operating as usual, with Mayan people selling veggies and fruit. But the fact is if the little taco stand is not selling tacos today, the family won’t eat as there is no social help. This impact of the virus is terrible worldwide, but the third world countries are even more impacted. People here already have nothing, and now they have even less. Survival instincts kick in, and you do what you have to just for your next day to be. But it is taking a toll on everyone.  Mexicos’ primary industry is tourism. Seeing all of it shut down and Mexican workers returning to their villages because there is no work, but the families cannot feed them, and therefore they are not welcome; this is the true virus impact we are seeing. And no matter if it is in Mexico, Canada or the rest of the world, the virus is mostly a socioeconomic tragedy for the human race.   We stayed put for six weeks, and Mexico changed throughout this time, and it was time to weigh out our options. The situation has not improved in Mexico or worldwide. Do we stay here hiding under the mercy of Jorge family, which are lovely people hoping every day that we do not get asked to leave for the safety of their family? Or to try to make a dash for the  USA and CANADA border before we are even more restricted to travel. We opted out for the last. 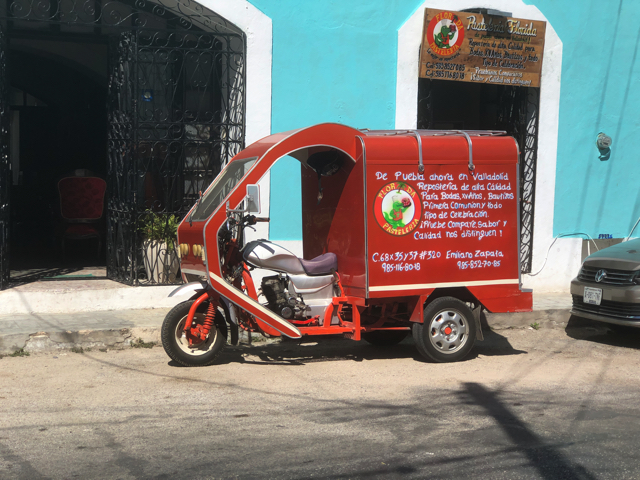 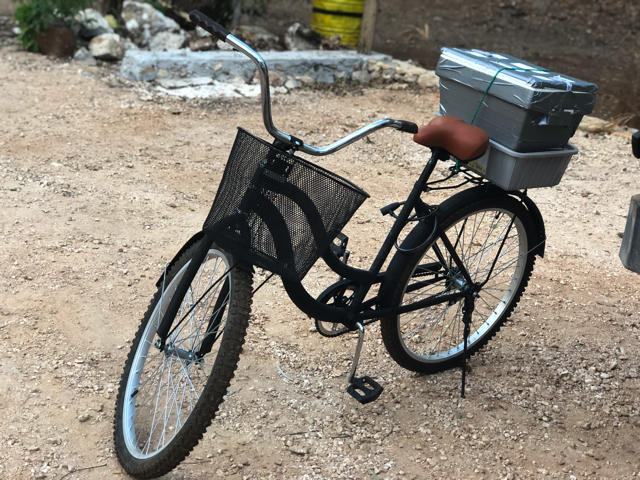 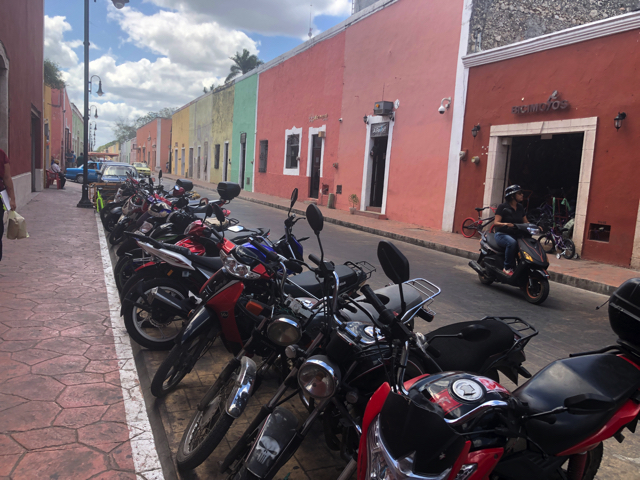 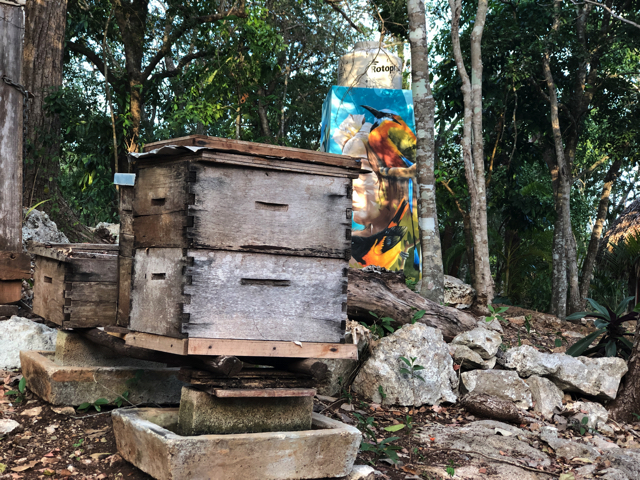